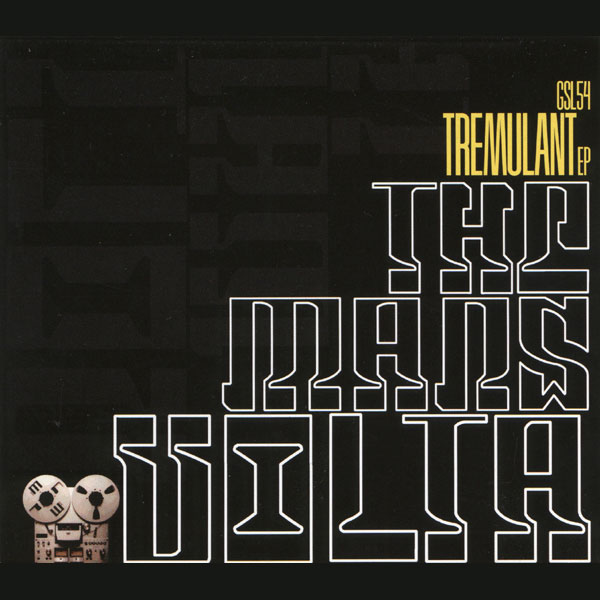 Tremulant is the debut EP release by The Mars Volta, released on April 2, 2002 on Gold Standard Labs. Produced by Alex Newport, the EP marks the only appearance of founding bassist Eva Gardner. A remastered version was released on April 16, 2014.

“Concertina“, often regarded as the centerpiece of the EP, is rumored to be a brutal condemnation of Ben Rodriguez, a former bandmate of Cedric and Omar’s from At the Drive-In, whom Cedric and Omar regarded as a sociopath. According to interviews conducted with the band, they held Rodriguez responsible for tormenting Julio Venegas to the point where he committed suicide. The band later re-recorded the song alongside “Eunuch Provocateur“. (These re-records have yet to surface on an official release, however they can be obtained legally from the Comatorium‘s trading forum).

The backwards vocals at the end of “Eunuch Provocateur” are the lyrics from the song “Itsy Bitsy Spider”. Other backwards vocals in the same song can be heard saying “did mommy or daddy ever have to spank you?”. These samples come from an old LP the band used that contained children’s songs. Other notable lyrics in “Eunuch Provocateur” include the lines, “Dethroned by the comatorium… de-loused in the comatorium”, which foreshadow the Mars Volta’s debut full-length album, De-Loused in the Comatorium. Additionally, the title of the EP itself is drawn from the concept story of De-Loused in the Comatorium, referring to the “tremulants”, creatures that dwell inside the mind of Cerpin Taxt, the main character.